Message from the President

Dear Neighbors and Friends,
As you know, the Manhattan Beach Community Group Board of Directors voted unanimously against the Mayor’s re-zoning plans.  One size does not fit all and a ten year plan, as this is, doesn’t give immunity to every area in the City from seeing a zoning change in the future.

I urge those of you who are able, to attend this Public Hearing.  If you are unable to do so, please write a note to the City Planning Commission and also to your Councilperson.  You can use some of the thoughts presented below.

I believe the map in the email from the Historic Districts Council below shows that almost every neighborhood in our City opposes this plan and the fact that the Mayor says he intends to go forward no matter how the public feels is telling!!!  Apparently, we don’t count! 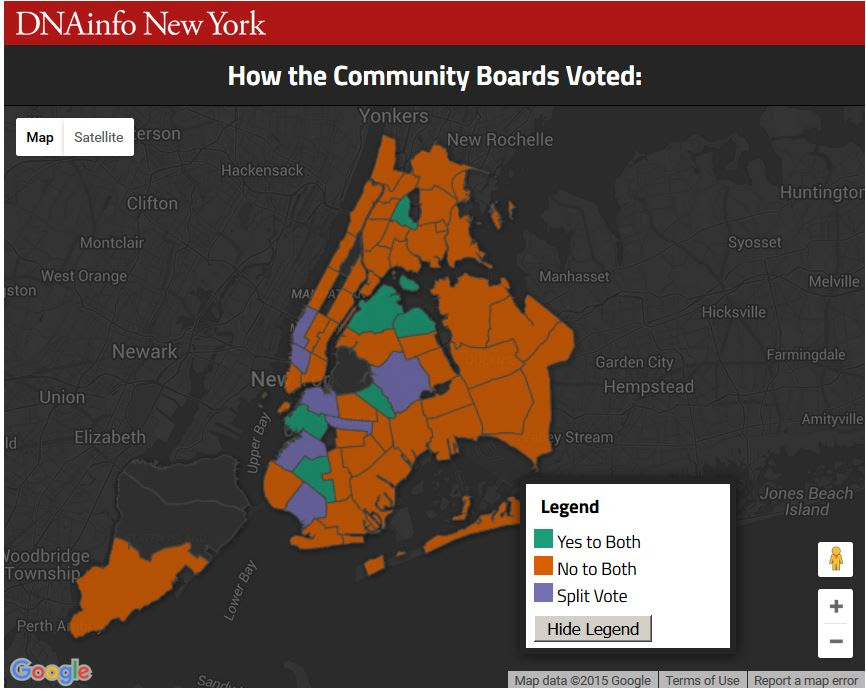 One Size Does Not Fit All! Stand with New York City’s Communities Against the Mayor’s Plan to Overdevelop Our Neighborhoods
Who: NYC City Planning Commission
What: Public Hearing on Zoning for Quality & Affordability (ZQA); Mandatory Inclusionary Housing (MIH)
Where: National Museum of the American Indian, One Bowling Green
When: Wednesday, December 16, 9:00 am
Earlier this year, HDC testified at the City Planning Commission’s scoping hearing against Zoning for Quality and Affordability (ZQA). Since the spring, City Planning amended ZQA to reduce heights for contextual districts, but this has been the only adjustment. As ZQA and its sibling, Mandatory Inclusionary Housing (MIH) are making their way through the ULURP process in community boards city-wide, it has been received with disapproval across the boards, including strong opposition from 4 of the 5 Borough Boards. The majority of community boards across the city (including all of the boards in the Bronx) have voted against these proposals DESPITE the Mayor’s promise that they will increase housing affordability!  The Manhattan Borough Board unanimously passed a resolution put forth by longtime Historic Districts Council board member George Calderaro hailing the civic value of historic preservation for its positive impact on neighborhood stabilization, economic development, job creation, and maintenance of affordable housing units, especially in historic districts.
This is because, frankly, that a wholesale upzoning of all five boroughs is antithetical to community based planning. This Public Hearing is the last step before this proposal moves to City Council – please join us in speaking up on Dec. 16!
Despite the widely opposed proposal among community boards, Mayor de Blasio has plans to move full speed ahead. Ignoring the community boards’ votes, he stated: “The folks that are elected by all the people, the council members and the mayor, have to make the final decision.” Please click here to write Mayor de Blasio and the City Council urging them to listen to NY’s communities and to oppose this plan.
Brief examples of major problems with ZQA:
Historic Districts Council
232 East 11th Street
New York NY 10003 United States
BIG2015 Events BIG: Bringing Back the Bay!

Mark your calendar for the 24th annual BIG Toy Drive Free celebrity concert
by gold record recording artist Vince Martell of the Vanilla Fudge and Peg Pearl, the PS 52 CHORUS and surprise guest!
Admission: ONE new unwrapped toy.
Sunday, Dec 13th 5-7pm Our NEW host Public School:52,
located at Nostrand Ave just north of Voorhies Ave in the Auditorium
Join BIG and our Co-sponsors Assembly woman Helene Weinstein and Council member Chaim Deutsch for this one of a kind Special Event!
Our toys go right to the needy here in our community and the battered women’s shelter within hours of the collection!
Come on down to sing along and have fun!
BIG THANKS! Toys can be dropped off at community locations listed below.
Investors Bank, 3780 Nostrand Ave.
Astoria Federal Saving Bank, 1672 Sheepshead Bay Road
Gothic Press, 1317 Ave Z.
CM Deutsch’s office,  2401 Avenue U.
TD bank, 2944 Gravesend Neck Road
Doody Hardware, 2461 E 17th St

The Officers and Directors of the Manhattan Beach Community Group,
serving the community for 75 years,
wish you a